Gucci Mane is Talkin About How Jail Time Changed Him 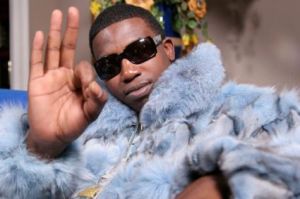 US rapper Gucci Mane has opened up about his 6-month jail sentence for violating parole, saying to the LA Times that it opened his eyes up to reality, he’s changed a lot now & that he knows how serious things are for him. He said his album Appeal is painful, gothic and epic, but the soundtrack of his past. The rapper wishes he didn’t have to go to jail to learn his lessons but realizes sometimes you have to go through those things, taking responsibility. Mane worked in the past with Mariah Carey remixing and singing on her Obsessed single… I thought this pic was hilarious of a rapper stylin a big furrrr jacket… hope it’s expensive fake furrr… he be missing something, jewels that we can see
[UK MTV]