Posted on October 2, 2013 by citychickbuzz 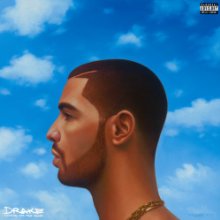 Hot on the heels of Drake’s latest album release for “Nothing Was the Same,” comes the debut at No. 1 on the Billboard 200 this week. This is the second largest sales week for 2013 following Justin Timberlake’s latest album release. Drake’s album had leaked one week in advance of the release date which didn’t hurt sales. You can read more at [billboard.com] & the album review at the [rollingstone.com].

This entry was posted in Celebrity, Drake, Music and tagged Billboard 200, Drake, new album, Nothing Was the Same, number 1. Bookmark the permalink.